In a showcase project for the City of Rochester, ID Signsystems completed a project to recognize Rochester’s international Sister Cities from around the globe.

For each of Rochester’s 12 Sister Cities, we designed and fabricated an identification panel showing the city’s country flag with a description of the city and information about its history, culture, and the year it was named a Sister City.

The placards are placed on flag poles along pedestrian bridges on the downtown Rochester riverway, displayed according to the year the city joined the Sister Cities program.

A world map denoting the locations of each city around the world is also part of the program, placed at the centerpiece of the three-legged bridge. An additional set of prints of the full flag program is on display at a nearby parking area. 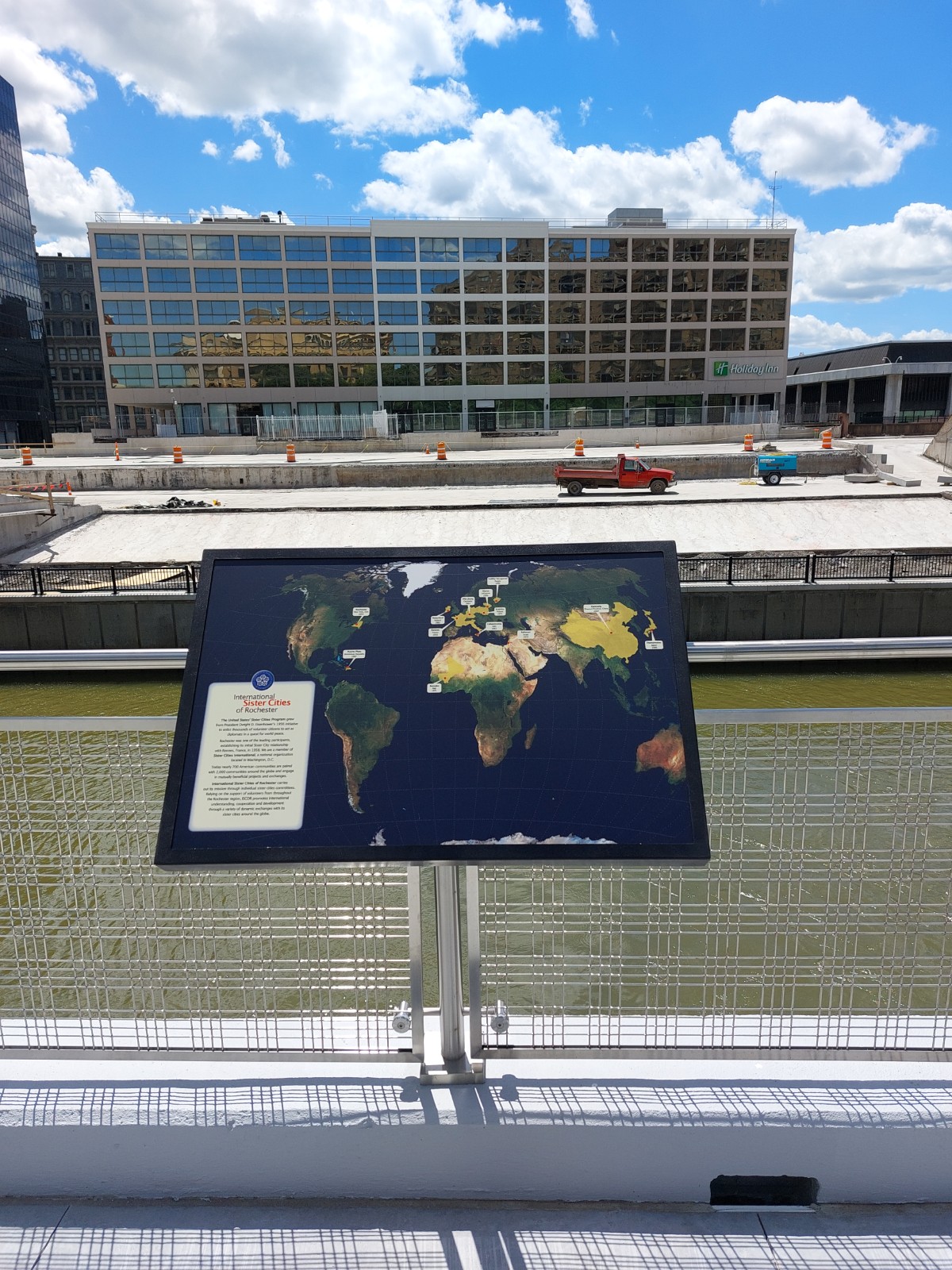 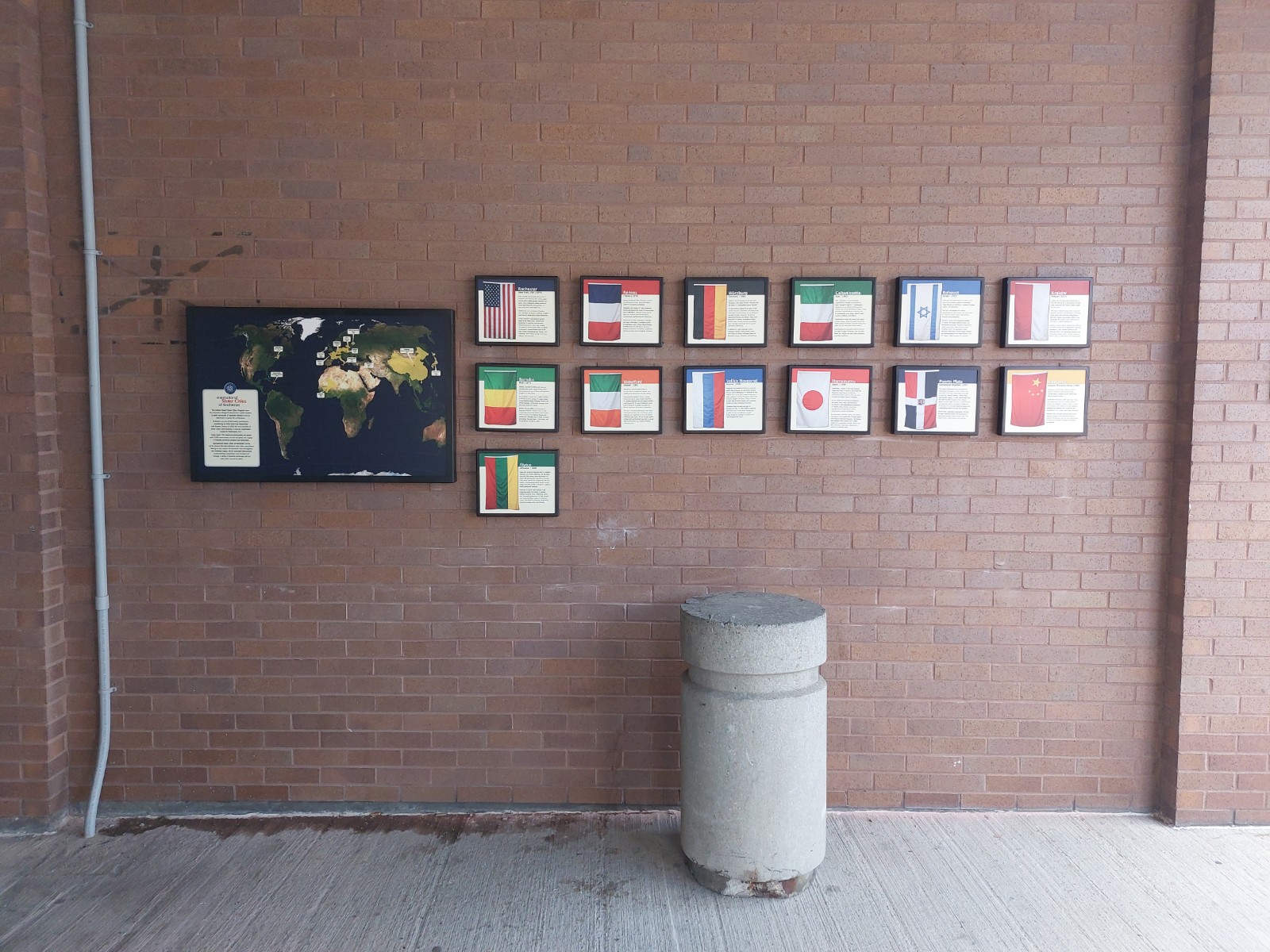 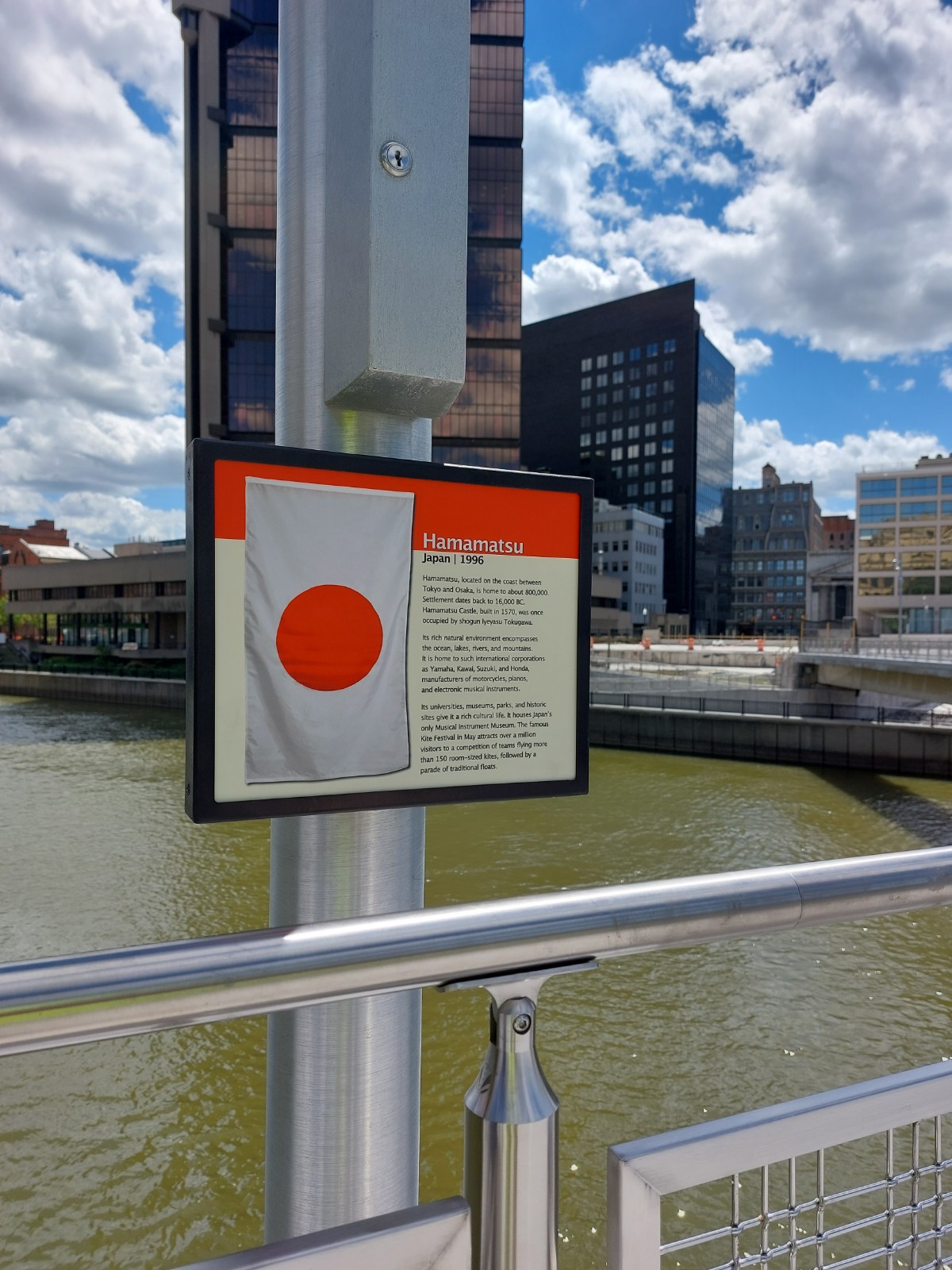 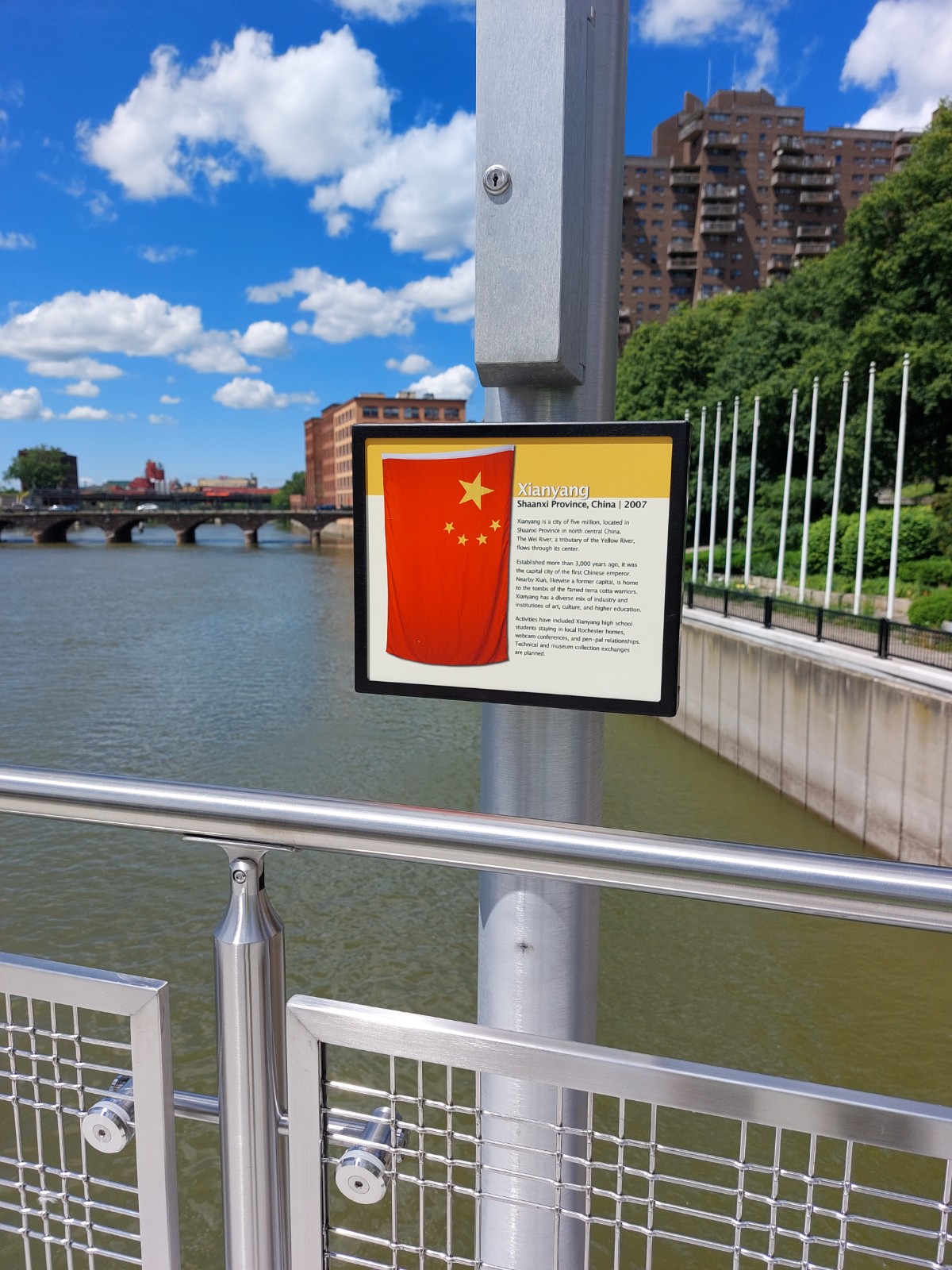 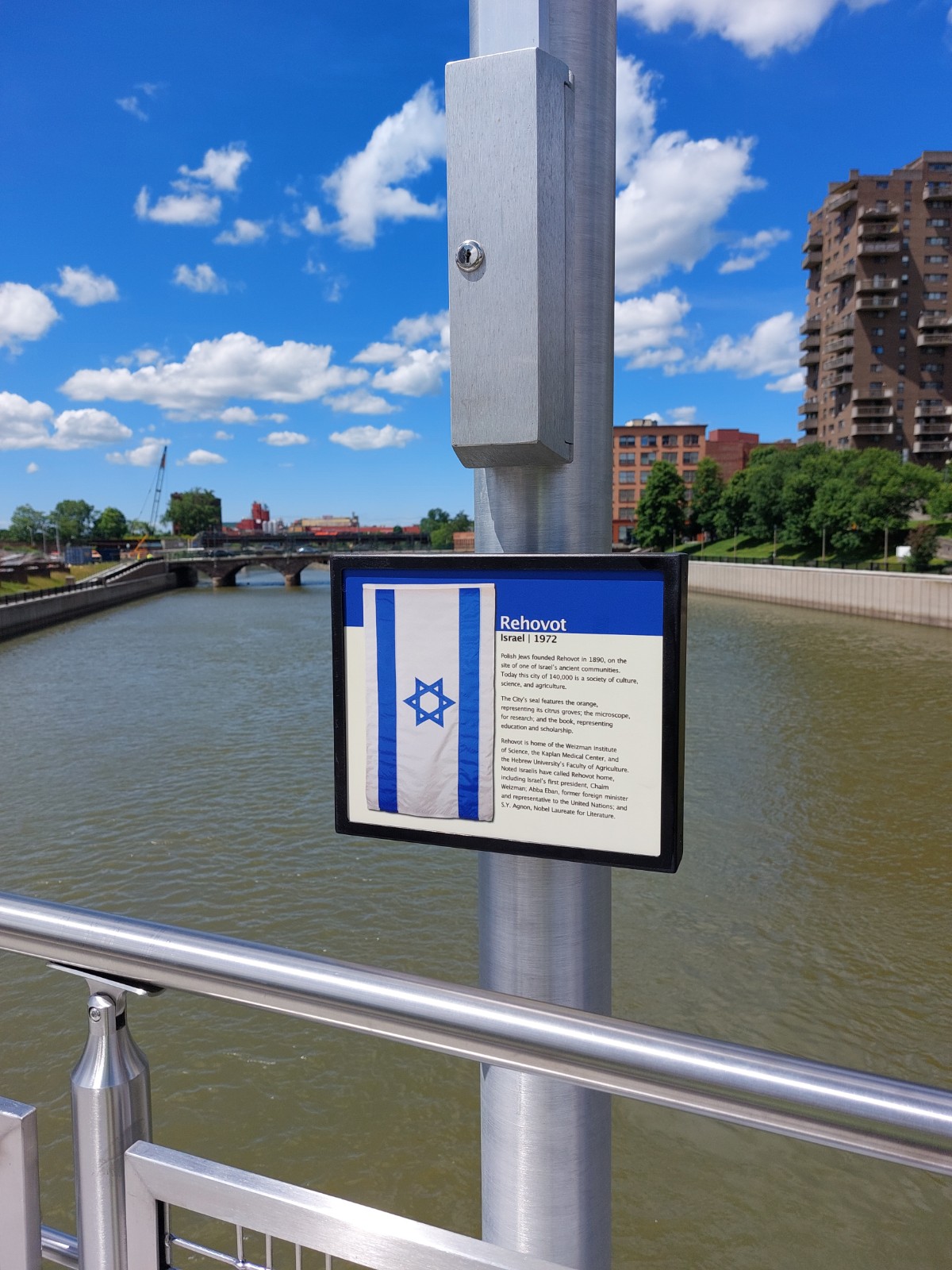 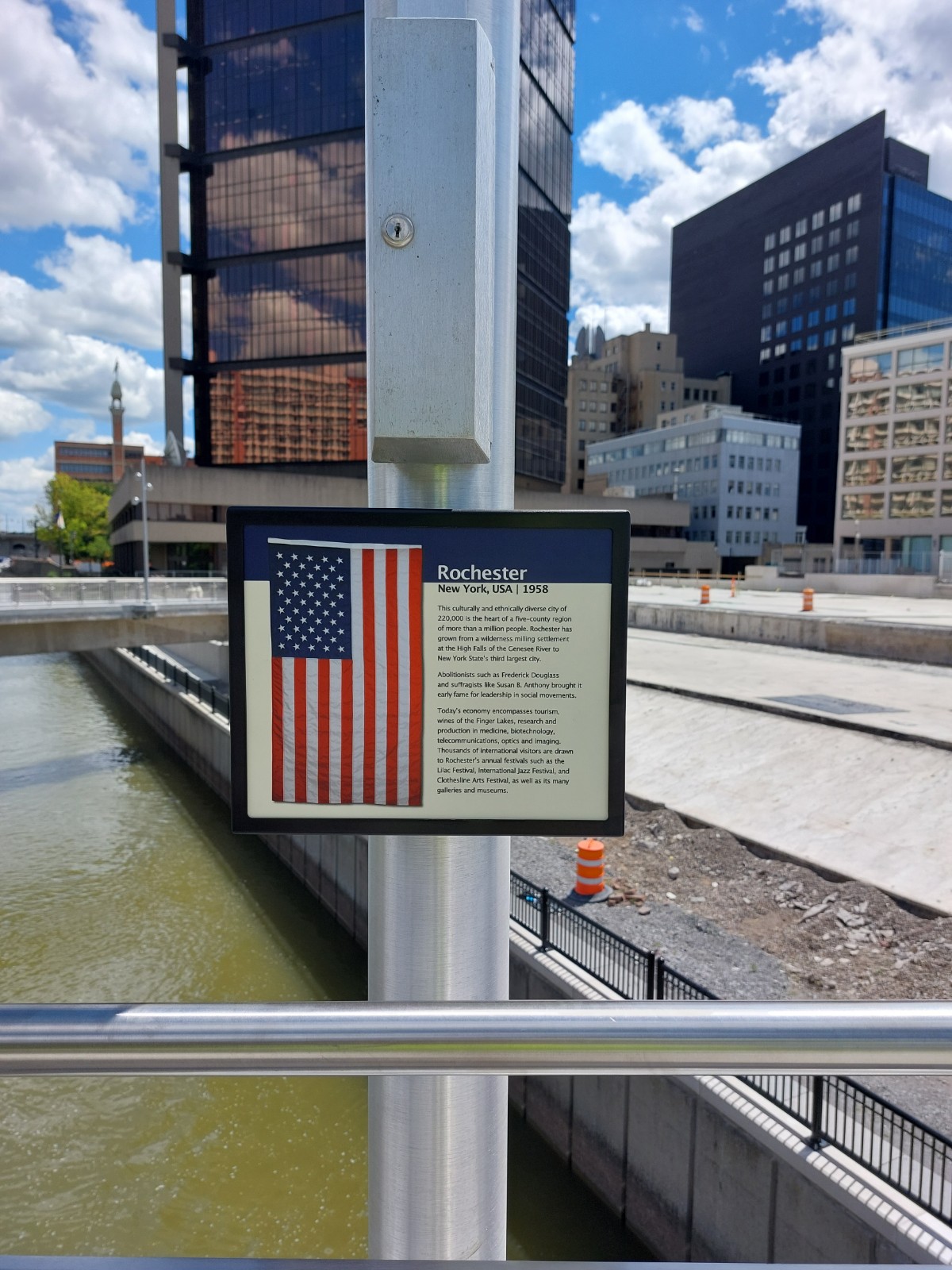 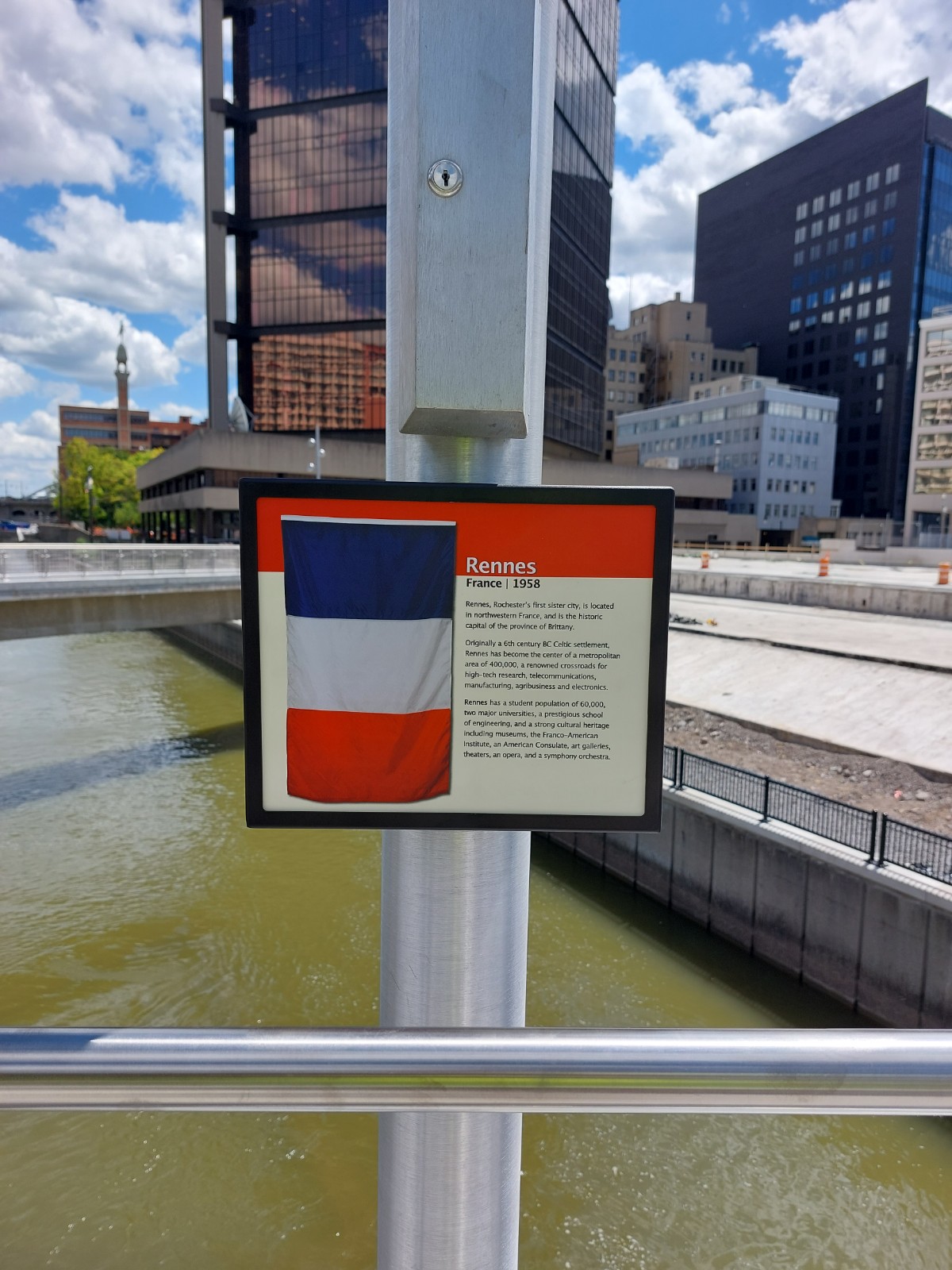 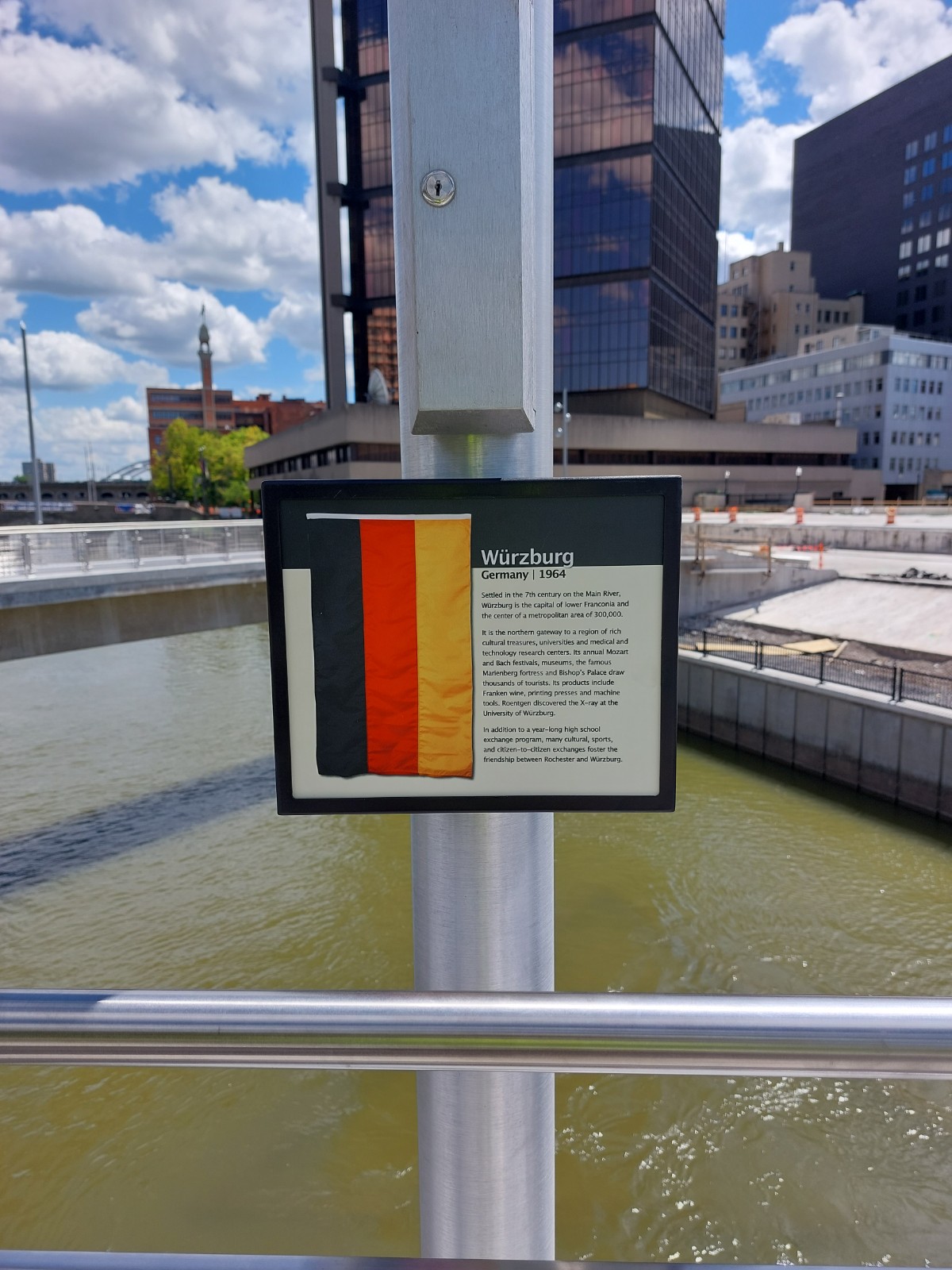 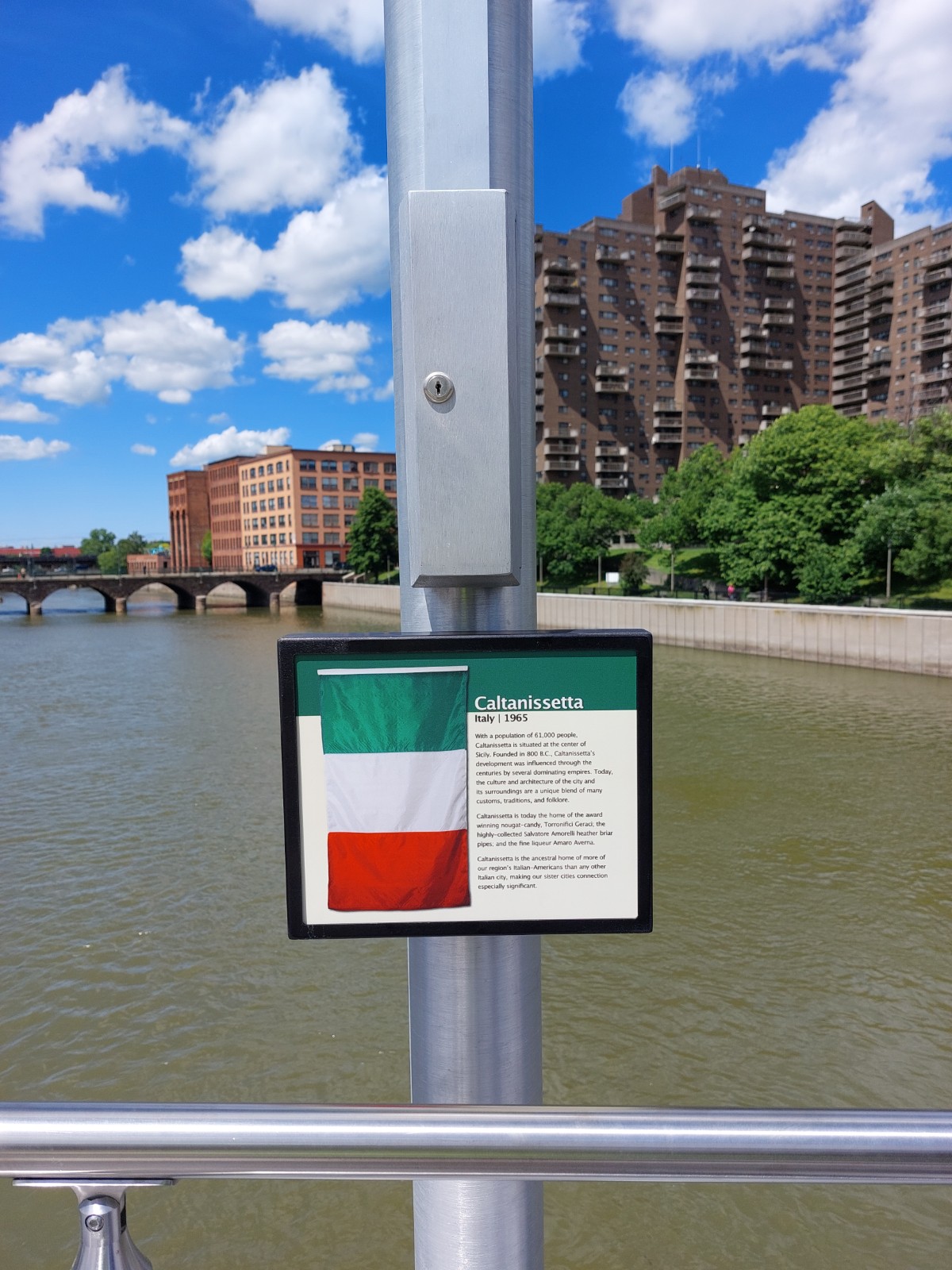 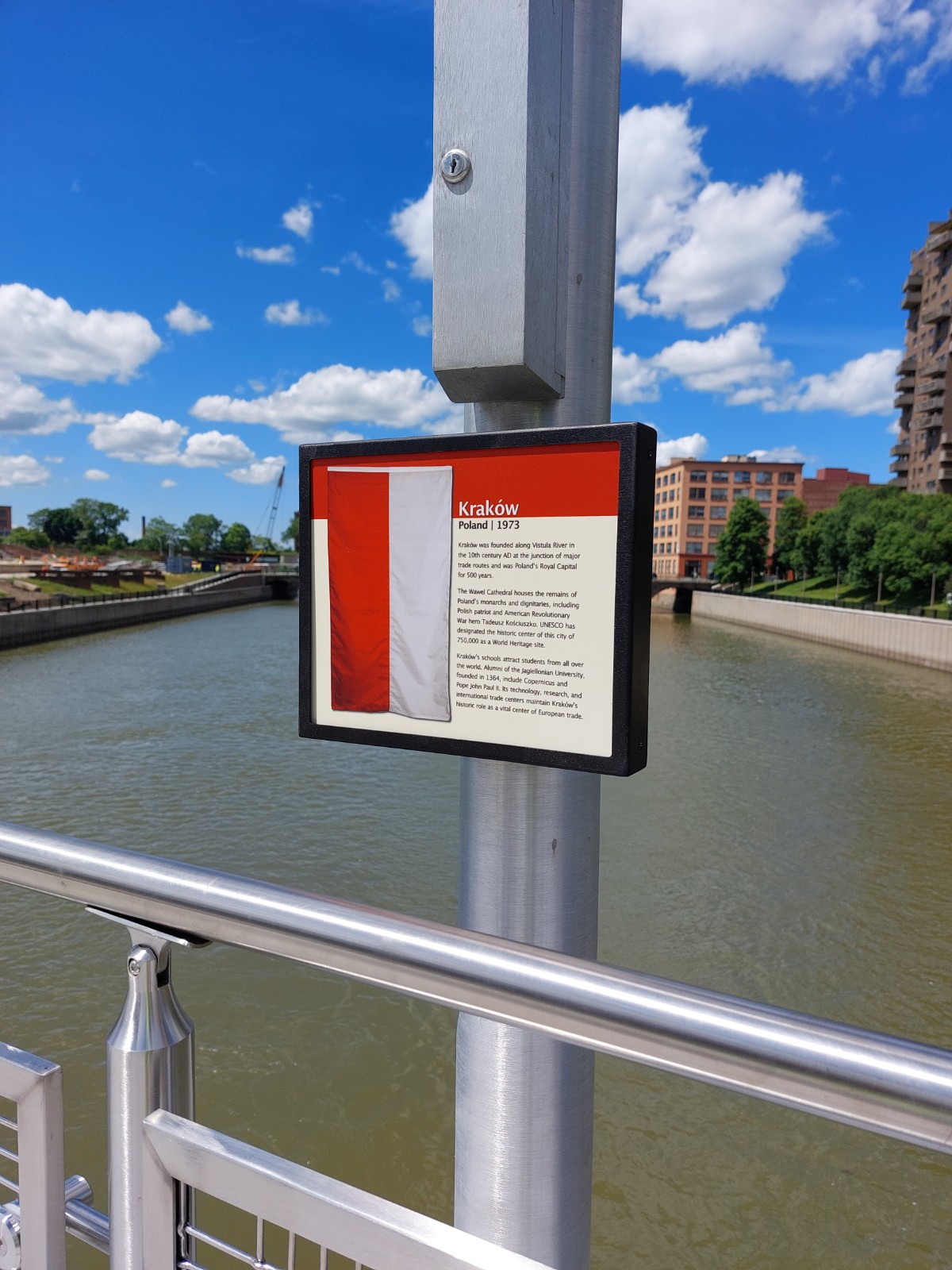 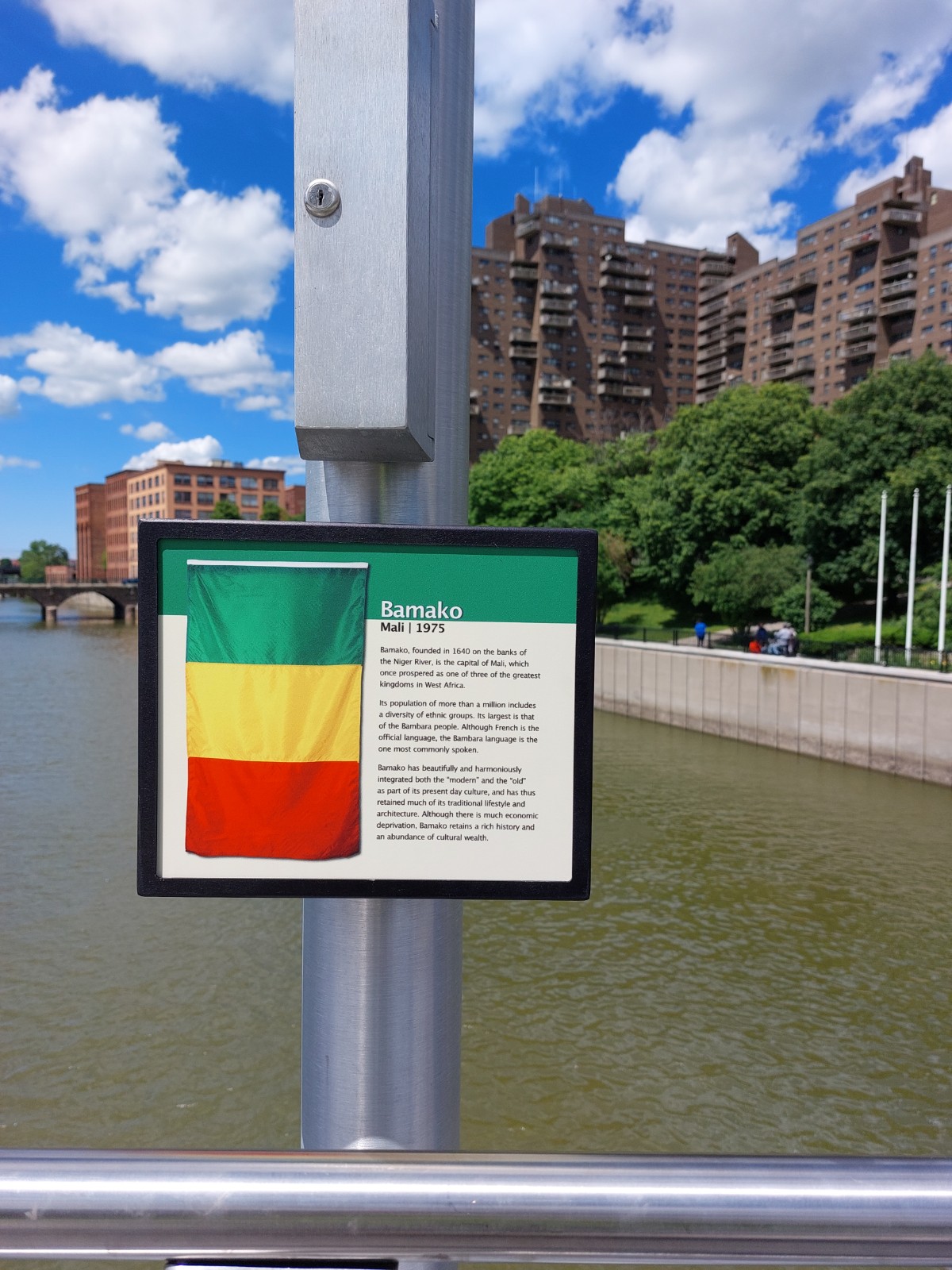 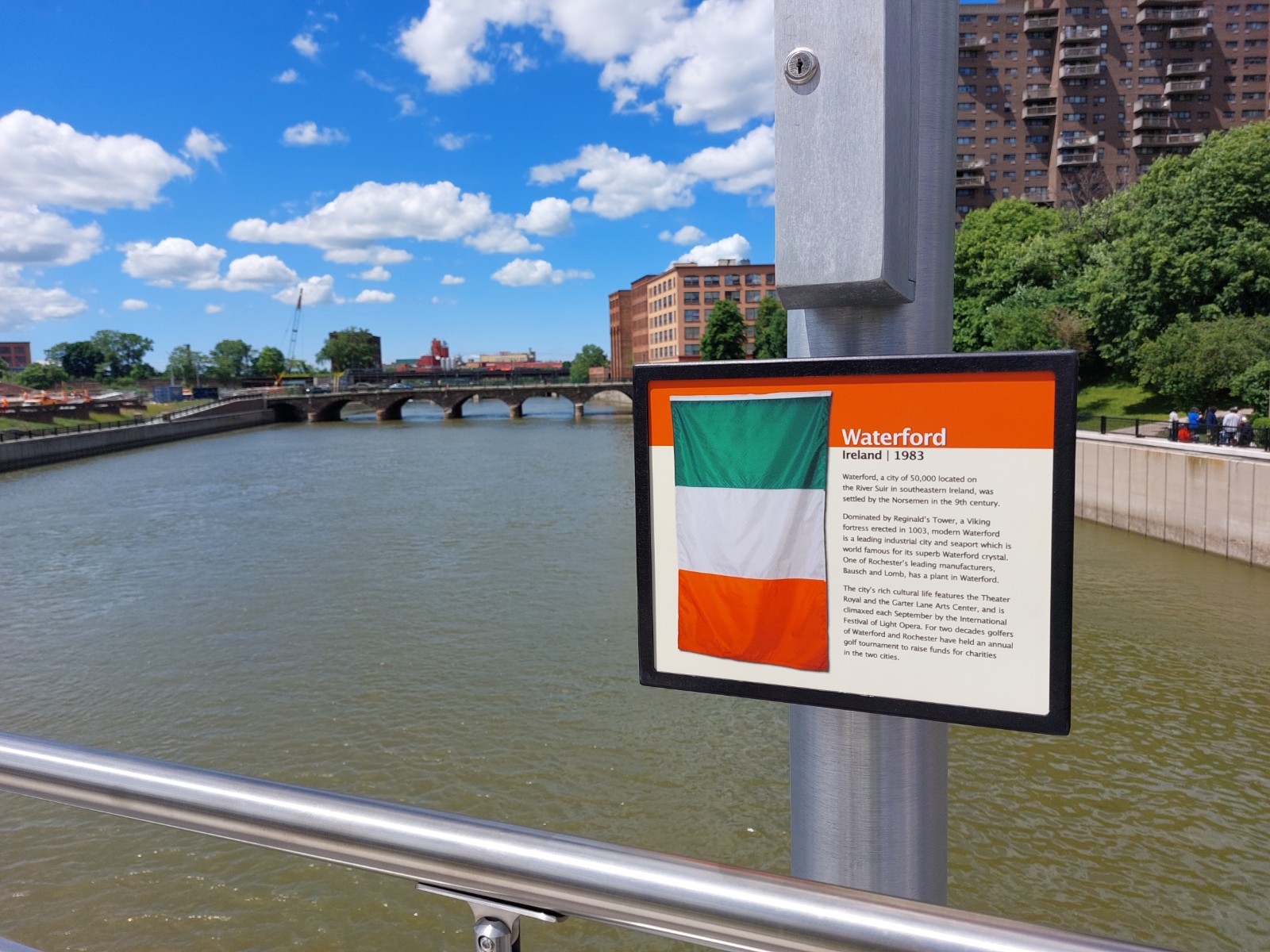 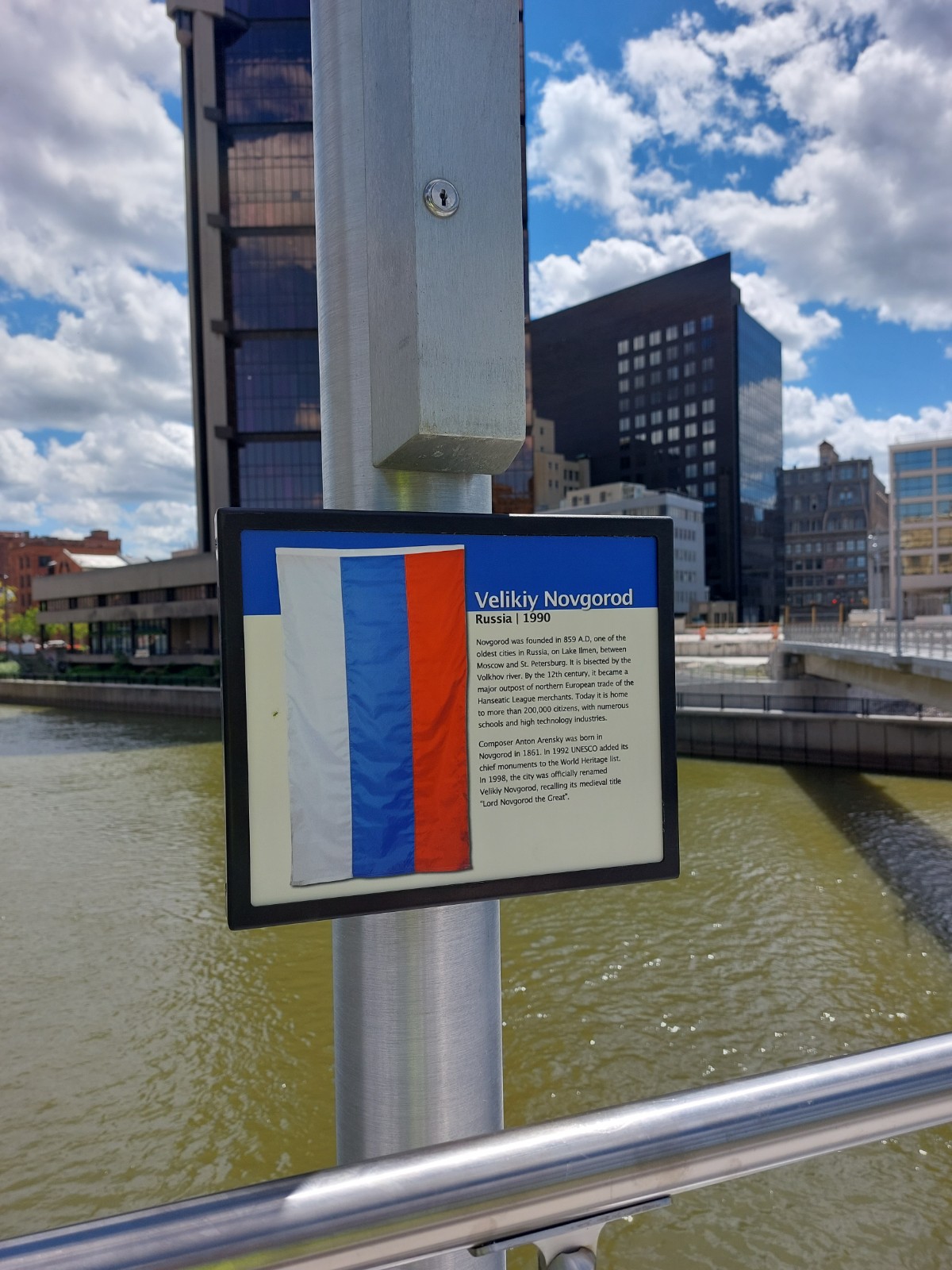 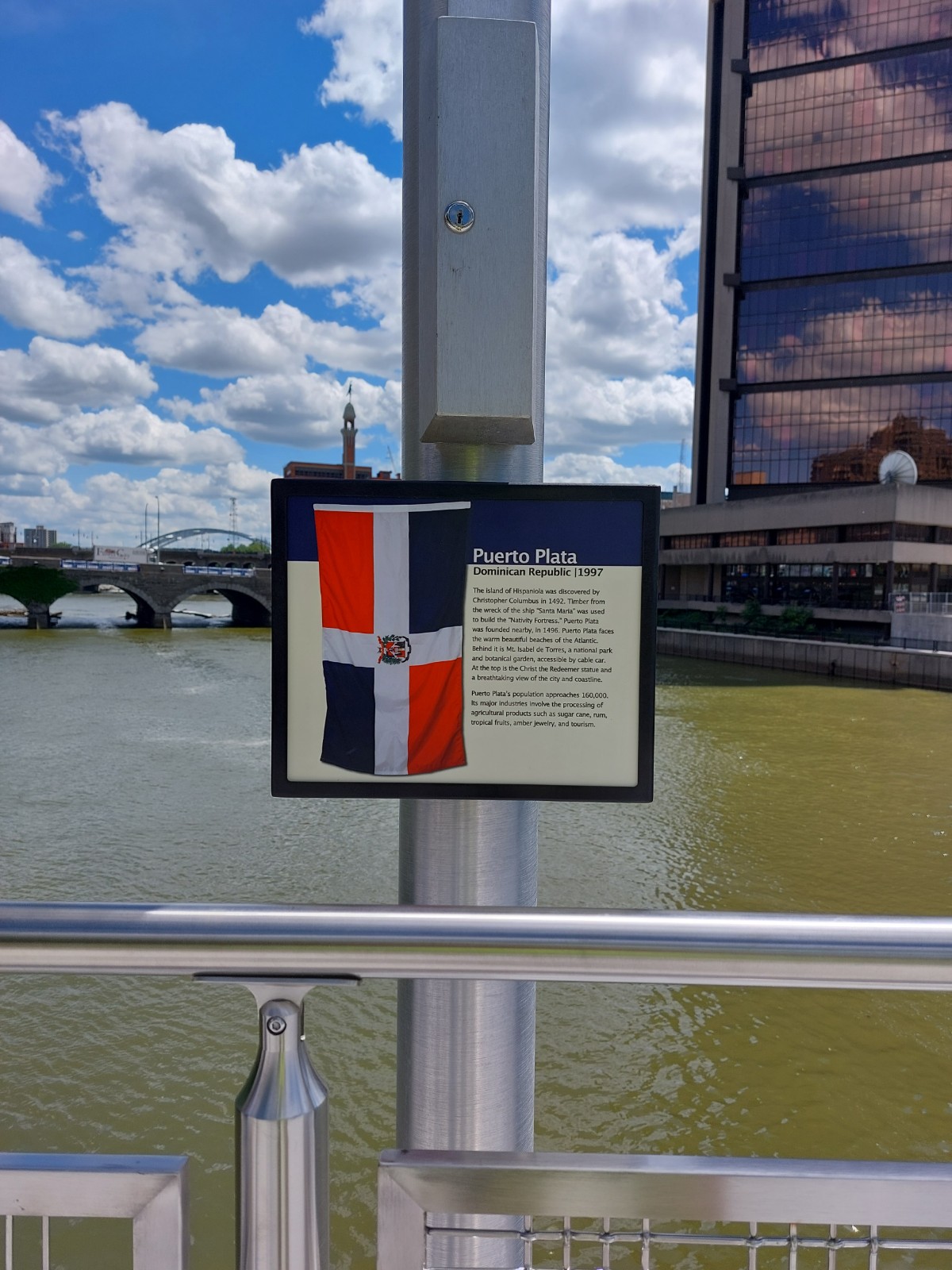 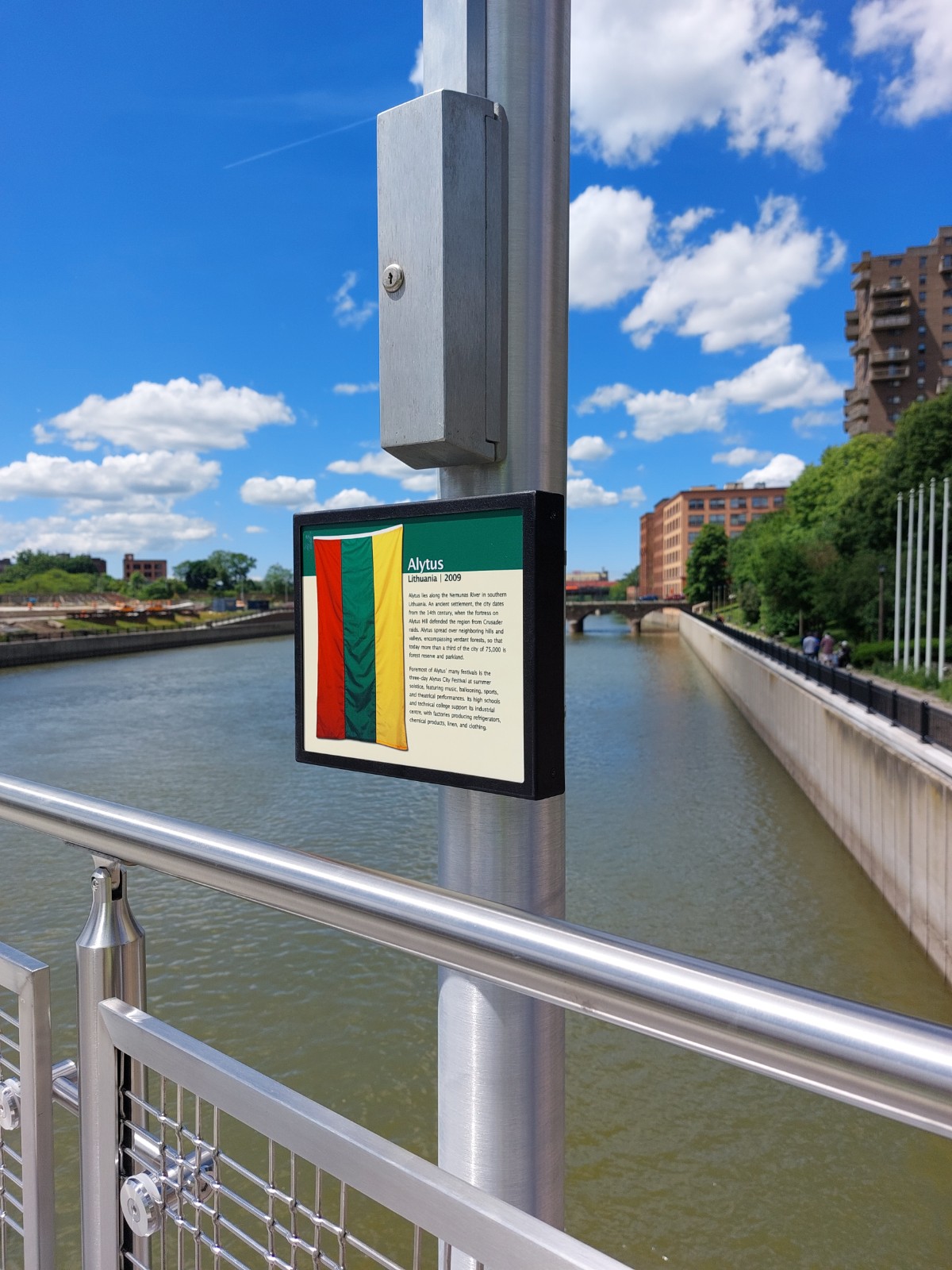